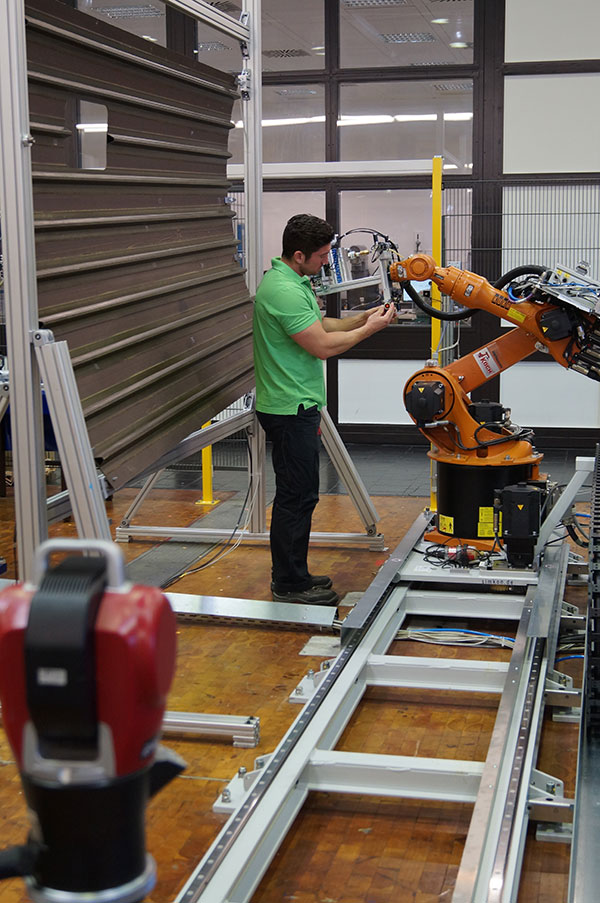 Kick-off Meeting at CMSC 2015 – July 2015
The PrecisionPath Consortium was formally introduced in July 2015 at the 31st annual Coordinate Metrology Society Conference in Hollywood, FL. The organizers, CMS and UNC Charlotte, hosted a kickoff meeting to introduce the industry-driven alliance, its vision and goals, how to participate, and its Roadmap for Innovation. The meeting was well attended by CMSC attendees and leading manufacturing companies, metrology OEMs and more.

Working Meeting #1 – Planning and Visioning Council,  October 2015
The PrecisionPath Consortium held their Planning and Visioning Council during the Quality Show in late October at the Rosemont Convention Center in Chicago, IL. The first session of the meeting focused on refining the project scope and boundaries. The Council discussed the critical challenges in producing large products to precision tolerances, and then transitioned into identifying metrology technology families used by industry. This segment was followed by the team compiling the most important attributes of these systems for measurement and inspection.

The afternoon session progressed with dynamic group interactions and the use of sophisticated meeting facilitation technology to capture the input. The Consortium took up usage scenarios and amassed data on how portable metrology is being used to support diverse applications across different disciplines. The group proceeded to pinpoint sources of expertise and data for use in the roadmapping process, and firmed up the framing and vision of the PrecisionPath Roadmap project. The organizational structure and operational model were finalized, and the meeting concluded with the election of a Board of Directors and an overview of marketing objectives.

The following report has been released by the organizing team: Download the report 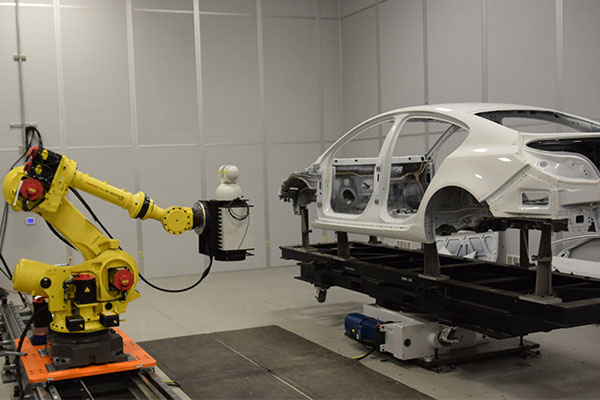 Working Meeting #2 – Needs and Gap Analysis Workshop, February 2016
The second working meeting of the PrecisionPath Consortium was held February 24 – 25, 2016 at the UNC Charlotte Center City building, 320 E. 9th Street in downtown Charlotte, NC. This well-attended gathering was a continuation of their Planning and Visioning Council meeting held in late October 2015. The team discussed critical production challenges and metrology system attributes, and continued to solidify the framework of the PrecisionPath Roadmap. As the meeting concluded on Thursday afternoon, attendees were able to tour the UNC Charlotte metrology laboratories in the University’s Center for Precision Metrology (CPM) and Energy Production and Infrastructure Center (EPIC).

Working Meeting #3 – Steering Council Meeting, July 2016
The third working meeting of the Consortium was held during the Coordinate Metrology Society Conference from July 25 – 29, 2016 at the Embassy Suites by Hilton in Murfreesboro, TN. During the meeting, several key areas were discussed including the roadmapping process, workforce issues and data management challenges from fusion to interoperability. Team leaders were selected and deliverables were outlined for the October focus group workshop. A brief discussion was held on the early survey results and the need to engage more industry partners and CMSC attendees. The consortium continues to grow and interested metrology professionals from the large-scale manufacturing community who can commit to attending PrecisionPath technical meetings and associated conferences in the next two years are invited to contact Ron Hicks, CMS Committee Chair at ron.hicks@apisensor.com.

The fourth working meeting of the Consortium was held during the Coordinate Metrology Society Conference from October 26-27, 2016 at the Holiday Inn Charlotte University in Charlotte, NC. During the meeting, the group reviewed differing structures of Roadmaps, and discussed the overall architecture. PrecisionPath team leaders of each working group presented their body of research on technologies, usage/applications, standards, data management, workforce and drivers. An industry-at-large survey of users and managers of portable metrology systems was conducted from May – October 2016 to support the PrecisionPath Technology Roadmapping initiative. A preliminary summary of the Survey results was presented to the group, followed by a brainstorming session for all working groups culminating in concise reports presented to the participants.

Working Meeting #5 – PPC Working Group Meeting, March 2017
The fifth working meeting of the Consortium was held during the Coordinate Metrology Society Conference from March 23, 2017 at the Hyatt Regency in Dallas, TX. PrecisionPath members continued their work to determine and prioritize the technology requirements of industries that manufacture large-scale, high accuracy parts and products. The March program built upon the results of the October 2016 “Technology Innovation Workshop”, a continuation of the Planning and Visioning Council forums. Team leaders and members performed a full review of the Consortium’s work and prepared a full draft roadmap document for public review. The primary objectives of the meeting was to review output from all working groups and conduct a work session to complete each section.

Working Meeting #6 – PPC Leadership Meeting, July 2017
The group assembled at the CMSC 2017 conference in Snowbird Utah in July 2017. The agenda covered the roadmap status and the future work of the consortium. The attendance at this meeting was evidence that the group should be sustainable following the completion of the initial project.

The results of the industry-wide survey were detailed enough that the roadmap continued to be developed along the lines of its original template. The team at UNC Charlotte has continued to work on summarizing the data, and preparing it in a way that will be easily usable by the individual working groups.

The preparation of the individual sections of the roadmap was somewhat slower than anticipated. All PIs are continuing to synthesize the contributions of the section leaders into a comprehensive draft for review in summer of 2018. This remaining milestone is the primary focus of the group as members seek to complete the initial goals of the project. Work continues on the final editing and formatting of the formal roadmap.

In addition, the leadership team focused on the final presentation materials with suitable graphics and figures to engage the broad spectrum of stakeholders in this project. In other words, this group is locking down on one-page summaries and swim-lane graphics that managers can use to assist in decision making, as well as the detailed supporting material for a more technical audience.

The group convened at the 2018 CMSC Conference on July 28. A soft launch of the PPC Roadmap was prepared for this target meeting, so members could review and provided feedback on sections of the document. Most importantly, the group is tasked to focus on the Summary section of the Roadmap, and collaborate on this final piece of the effort. The consortium will also reach out to outside experts for additional industry commentary on the final roadmap product. The formal launch of the Roadmap is scheduled for September, just prior to the IMTS 2018, the largest trade show dedicated to the manufacturing industry.